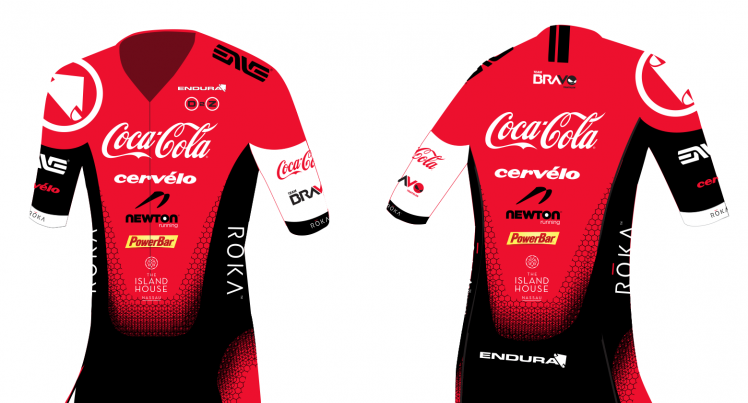 The Bravo Team, which will be sponsored by Coca-Cola, will officially launch next week in Sao Paulo, Brazil, and will feature three well-known international professionals and four up-and-coming Brazilian pros.

In a mix that Franko Vatterott, who is the manager of several of the pros, calls “Boulder meets Brazil,” the team will be made up of Rachel Joyce (GBR), Tim Don (GBR) and Paul Matthews (AUS)—all of whom train in Boulder, Colo.—and Brazilians Diogo Sclebin, Guilherme Manocchio, Fabio Carvalho and Thiago Vinhal. Three-time Ironman world champion Craig Alexander (AUS) will be a part of the group in a coaching-type role, but will not be racing in the team kit.

The team came together through a series of relationships and the realization that a partnership between one of the world’s most iconic brands and the selected athletes could benefit Coca-Cola, the professionals and, finally, the sport of triathlon and its exposure in Brazil, which will host the Olympics next year. “Over the years, Crowie and I have met a lot of passionate triathletes from Brazil,” says Vatterott, who also manages Alexander. “The market has exploded there with quality races from triathlon’s largest race organizers. Teams are good for triathlon, as new platforms for sponsors play such a key role in the sport’s economy. A friend of ours in Sao Paulo wanted to support the professional side of the sport by mixing up some of the top Brazilians pros with a few international stars and now a few months later Team Bravo is ready for take-off. We have the support of Coca-Cola, one of the most iconic global brands on earth, and although we are a smaller team in comparison to some others on the long-distance scene, we have a strong group of athletes that together will likely punch above their weight.”

Speculation around the team has been high in Brazil, after a few of the Brazilian athletes raced at Ironman Fortaleza wearing the team kits. The kits of Rachel Joyce and Tim Don—who are both sponsored by Endura Sport—were also publicized a month ago, revealing an affiliation with Coca-Cola of some kind. Unlike some other triathlon teams, the athletes will each continue to carry their own individual sponsors outside of Coca-Cola and will follow their own training and racing plans. The “team” concept is largely aimed at getting some attention on the athletes, Coca-Cola and the sport of triathlon, specifically in Brazil.

After the official team launch this week in Rio, all of the members—with the exception of Matthews who plans to compete at Challenge Dubai—plus Alexander will compete in Triathlon International Santos Olympic-distance race this Sunday, March 1.

Challenge Philippines: Course Review, get ready for the 2016 race!