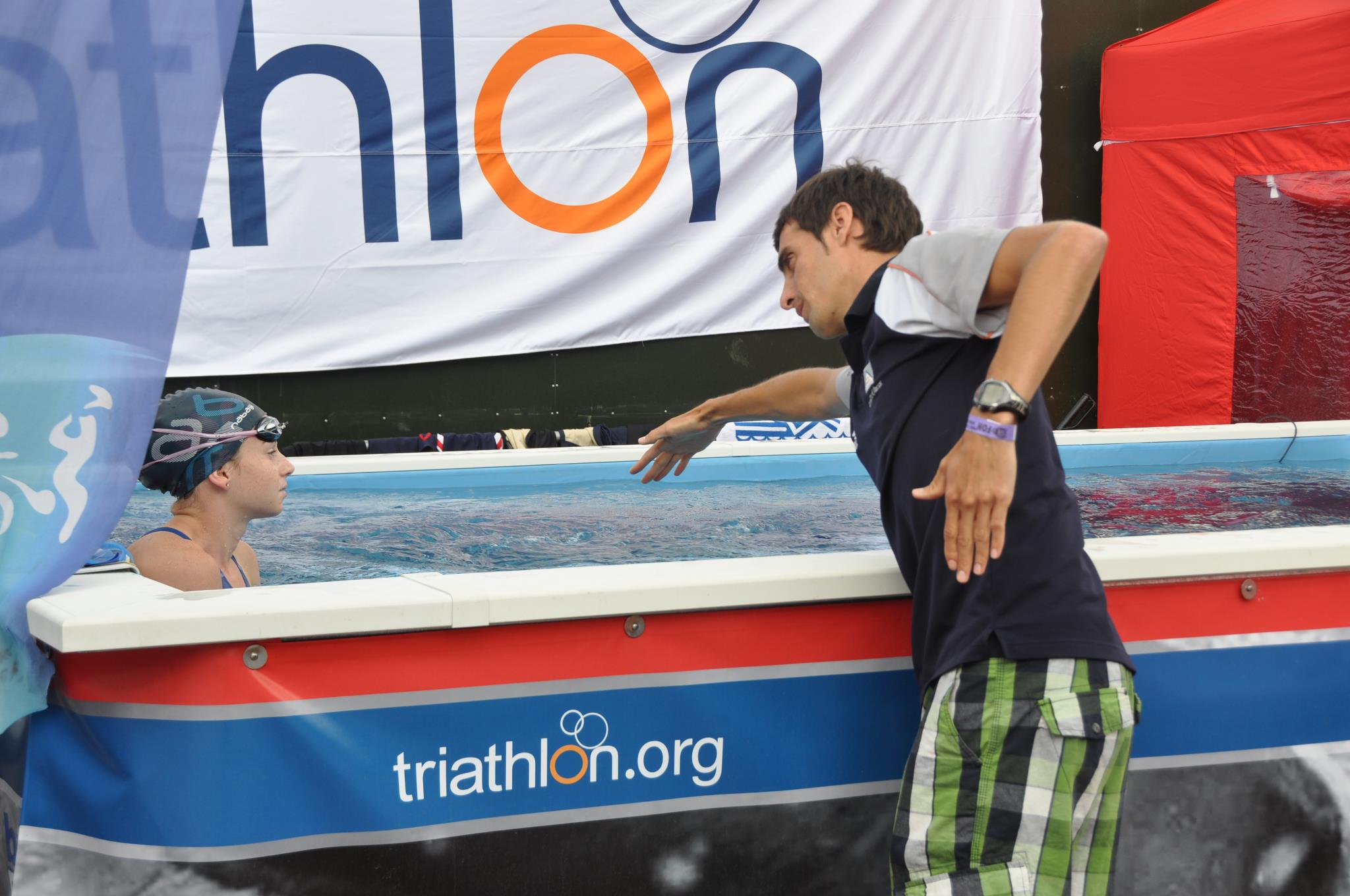 Vicent Beltran, originally from Spain, has made the Middle East his home since 2012. He was ahead of the Kwait National Triathlon team for years and that journey ended after a successful campaign at the Asian Games in Incheon (Korea) in 2014.

He has now been announced as the Head Coach of Triathlon Bahrain with the mission of developing high performance athletes in the country. I started my career as a coach early in 2005. I was already competing in triathlon but I always considered swimming a really important discipline from this sport. Especially for someone who does not possess a swimming background. At the beginning, I only wanted to focus my coaching on swimming, get soak with all the scientific and practical knowledge. I got my certification as a swimming coach with the Spanish National Federation while I was coaching in a swimming club back home.

After some time, I decided to start my Bachelor degree in Physical Education and Sport Sciences. While I was doing my degree, I realized I wanted to study deeper about the science behind triathlon coaching. I ended up getting my level I and II triathlon coach certificate with the Spanish Triathlon Federation and since then, I have not stopped learning and researching about the subject.

During my level I course, I had the chance to do an internship with Valencia Triathlon Federation. I was very fortunate of being part of the coaching staff for the talent development group of the federation. Once I finished my internship I signed up a contract as a coach and became the technical director at the development department at Valencia Triathlon Federation. Since then, I have spent the most of my career working very close with sport development and coaching young athletes. My philosophy of training is based on the science of sport, physiology and technology. In the past, I had good mentors with a strong sport science background. They taught me the importance of the role that science plays in the sport in general, regardless whether you are working with kids, amateurs or elite athletes. You need to, test, evaluate, take decisions, prescribe training, execute it, retest and evaluate again. Training has to be controlled and can’t be random.

I do believe every athlete should train as specific as possible according to his/her needs. Triathlon is a very demanding sport that requires high levels of technical skills, physical condition and mental strength. We have the need to identify the strengths and weaknesses in each athlete performance and prescribe the right training dose for him/her.

I normally conduct an initial physiological test and from that, I create a physiological and technical profile. This profile tells me which factors of the athlete performance should be developed with more importance than others. After some weeks of training, we redo the test in order to see how the training load is affecting the body and how the body is responding against these loads. The technical part is trained on the field using video analysis or some specific tests designed for each skill.

I record some data every day to prevent overtraining, dehydration, and other negative situations that could worsen their performance.

I’ve worked with both, amateurs and professionals athletes. During the last years I focused my career a bit more on the high performance level and the professionalism of the athletes. I have to say that I love sport development and take young athletes from the scratch to a high level. The needs and demands of each kind of athletes are completely different. People often think coaching an elite athlete is much more difficult than coaching an amateur athlete. In fact, it’s completely the opposite. The elite athletes have plenty of time to train, eat properly and rest. Amateur athletes really struggle when it comes to combine training, personal and professional duties. However, when it comes to improve their performance, working with elite athletes becomes more challenging. They usually have less room for improvement and every single detail has to be well planned and executed. It is difficult to highlight only one because the sport has been generous with me and has given me many good moments. Each athlete’s success is always a shot of happiness but when you win a championship or a big title the feeling gets indescribable.

I have special memories from every national championships won in Spain, Germany and Venezuela. The European Championship won after a really tough summer and the unexpected obstacles. The participation at the 17th Incheon Asian Games with team Kuwait; the amount of energy we spent with all the administrative process was enormous but with work, patience, sacrifice and effort we lined up in Korea.

It was 2012 when I first came to the Middle East. I would say, without hesitation, the triathlon scene has change a lot since then. We can clearly see how the number of competitions has increased considerably in the last year. In consequence of these events, many triathlon shops and stores have opened their doors in the last years, new professional training teams have been launched recently and new races have been added into the international calendar placing the Middle East in the competition map. Furthermore, the number of National Triathlon Associations registered under the ITU are higher today compared with the existing in 2012.

Here, in Bahrain, we are really proud of having HH Sheikh Nasser bin Hamad Al Khalifa deeply involved in the sport. Challenge Bahrain has given a big push in terms of promotion. Triathlon is becoming better known every day.

Although everything I mentioned above is great and making the sport growing every day, I think children are being forgotten somehow. There is a lack of triathlon academies or schools in the region, promoting a healthy life style through triathlon. Moreover, most of the event organizers do not include activities for children during the adults’ races. Under my point of view, NF should step on this area and develop a well organized network to enable new coaches, to introduce triathlon in schools and organize more events for kids to enhance the development of the youth.

We are working really hard to make this happen in the near future and guarantee the good health of the sport during the upcoming years. I am pretty sure we will get the job done under the guidance of Sheikh Saqer bin Salam Al Khalifa and all the Bahrain Triathlon Association board members. I can guarantee we will bring the sport to the next level in Bahrain.