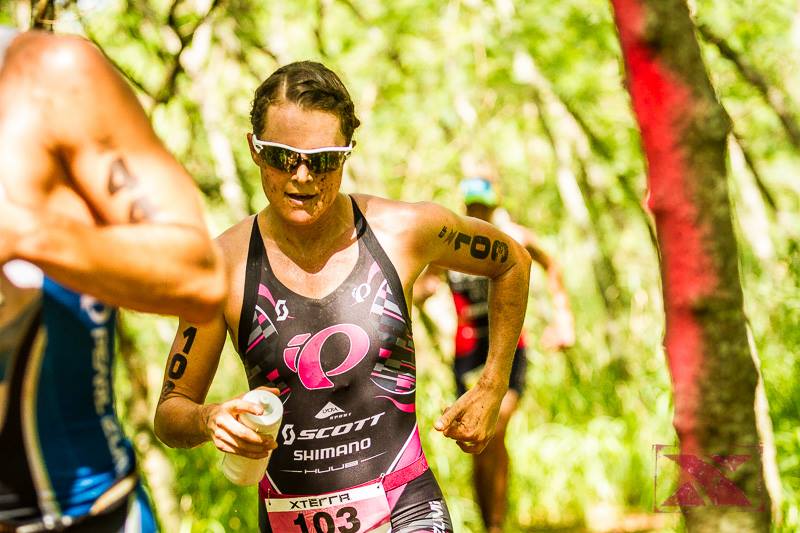 2014 Xterra World Champion Flora Duffy from Bermuda and Michael Weiss from South Africa were the winners of XTerra Albay, in the Philippines, the race was the opener event of the Asian XTerra series.

Once on the bike, Weiss took the lead and managed the day’s best bike split in 1:27:28, he reached transition two two minutes and a half ahead of Ben Allen who had another twenty seconds on Mauricio.

Unlike the men’s race, the women’s watched a dominant performance by Flora Duffy leading the swim and just extending her lead to the finish line, Flora had the best splits across all three disciplines.

With a short course, ITU background, she was only nine seconds behind the men’s leader Ben Allen, and two minutes ahead of her nearest female competitor, Australian Jacqui Slack, and another minute ahead of Mieko Carey from Guam.

On the bike, Flora’s bike split of 1:40:07 was five minutes faster than jacqui, and by the time she reached transition two, she had over seven minutes gap to the second place.

The next XTerra event in Asia is in Langkawi (Malaysia) on May 2nd.