Crowie and Gina Crawford, wins the opening Long Distance event of the 2015 season Port Tauranga Half 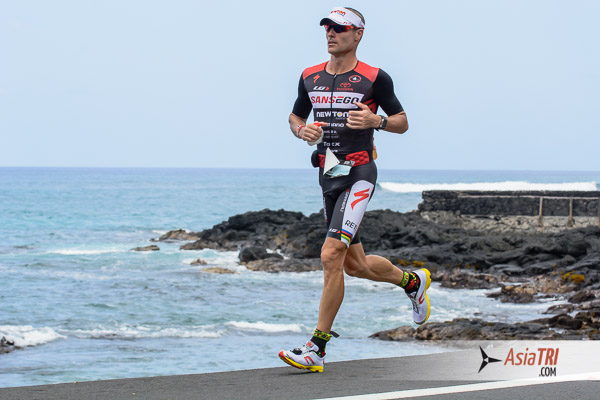 Super swimmer and former ITU athlete Graham O’Grady from New Zeland, led the swim leg and had a 40 second lead over the chase pack, which included most of the pre-race favorites, including Mark Bowstead, Ryan Sissons, Cameron Brown and Alexander.

Mark Bowstead made his move onto the bike and was joined by Cameron Brown and Craig Alexander. At the halfway point it was the three who continued to lead, with Braden Currie in fourth. Sissons had to serve a drafting penalty which took him from the leading group.

Once the leaders reached T2, Alexander, Brown, Bowstead and Currie, were virtually together. Currie set the pace early on, but experienced former Ironman World Champion Craig Alexander made his move at the 10km mark and managed to hold onto the lead until the finish line to take the win in a time of 3:48:03, while Currie managed to continue his speed to claim second in 3:49:12. Local hero Brown held tough in third in a time of 3:49:34, with Bowstead and Sissons in fourth and fifth.

Coming off a successfull 2014 season, Kiwi Gina Crawford took advantage of her strong swim and bike combo to dominate the race. She led the swim with a gap of 2:22 over Julia Grant and Michelle Bremer. Cycling powerhourse Bremer managed to bridge some of the gap onto the bike, but Crawford was still 2:05 ahead of Grant when they reached T2.

Crawford didn’t slow down onto the run and managed to put on more time on Bremer and Grant, finishing in a time of 4:22:05, with Bremer crossing in second in 4:33:05. Grant spent the majority of the day in solo third, and finished in 4:37:25.

Treadmill as a Training Tool