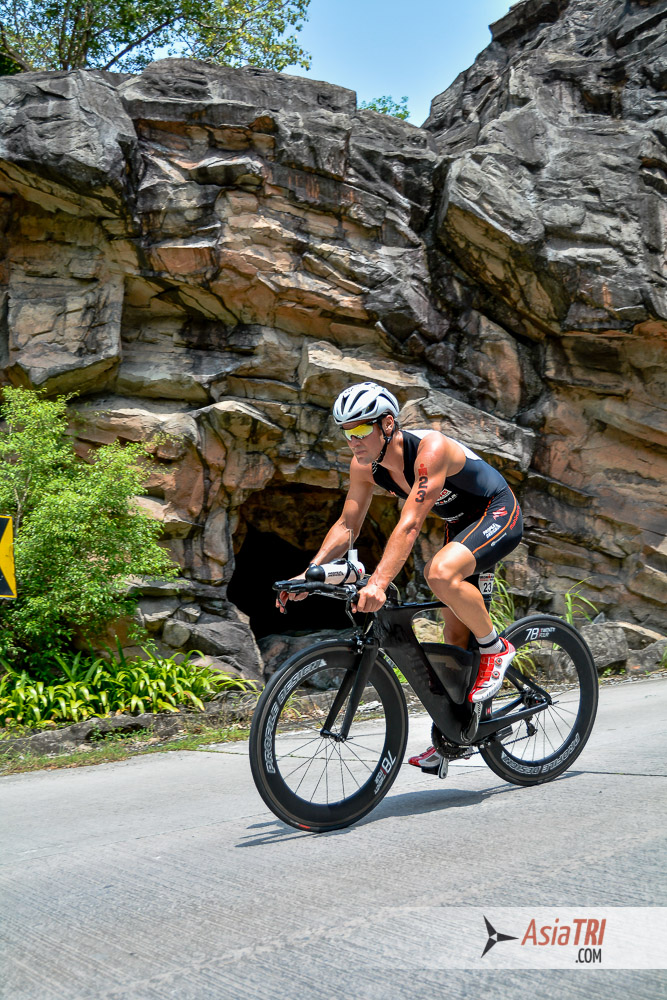 The race on Sunday, January 18th, which doubles as the official IRONMAN 70.3 Asia-Pacific Championship, comprises a 1.9km swim in the Viaduct Harbour, 90km three-lap bike over the Auckland Harbour Bridge and 21km two-lap run along the waterfront.

The event carries a NZ$90,000 prize purse for professionals and 50 qualifying slots for age group contestants for the 2015 IRONMAN 70.3 World Championship, and is based at the Viaduct Events Centre, with action beginning from 6:15am.

Pre-Race Favorites
A world class field will be toeing the line led by former World Champion at the distance, Kiwi Terenzo Bozzone, who along with Cameron Brown will have the local support as Auckland is their hometown. The duo will be challenged by former Ironman World Champion Craig Alexander, who just won Port Tauranga last weekend.  Others athletes who are likely to be in the front pack are Dylan McNiece who has one of triathlon’s strongest swimbike combo and Tim Berkel who was 7th in Kona last year.
On the ladies side the level of the competitors are just as strong. Kiwi Gina Crawford and Meredith Kessler are two of triathlon’s best athletes. They will be challenged by Amelia Watkinson who burst onto the scene by winning Challenge Gold Coast last year, and 2014’s fifth place getter at this event, Kym Coogan.
Follow us