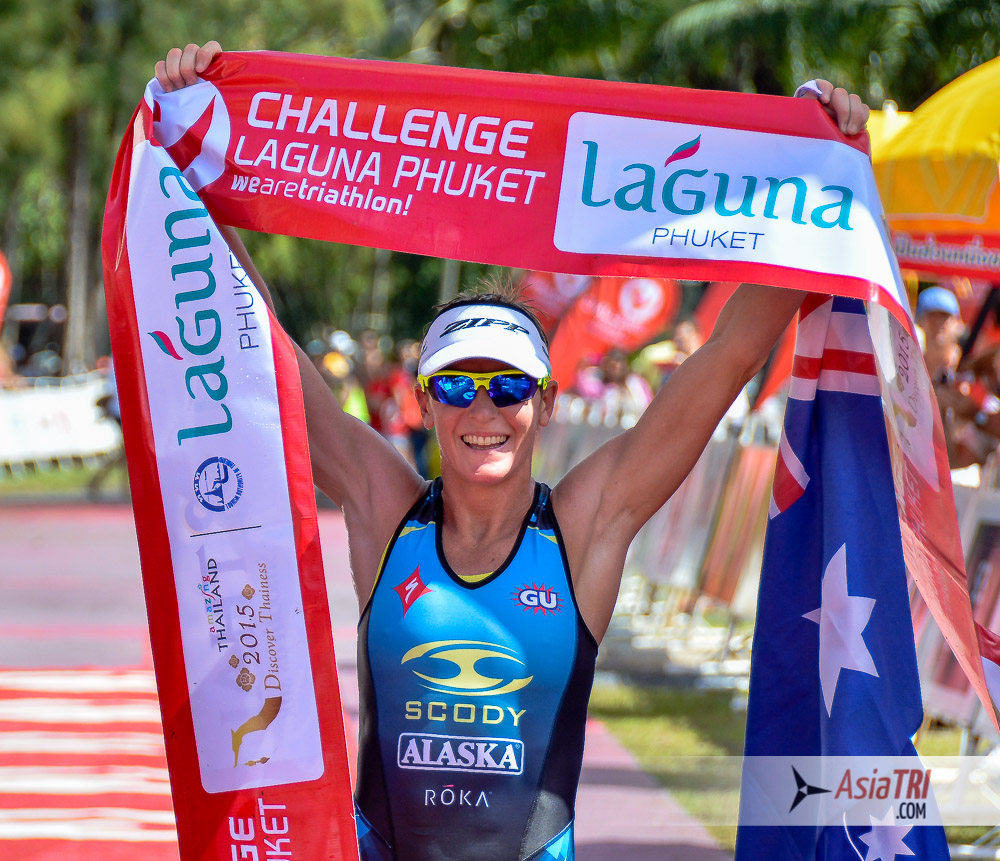 Rasmus Patreaus led the swim with a one minute gap over a massive chasing pack that included the main pre-race favorites.

Onto the bike, Luke McKenzie from Australia, Fredrik Croneborg from Sweden and Ruedi Wild from Switzerland managed to open a gap of over 2’30 half way through the bike course on the chase pack. They got into transition six minutes ahead of Massimo Cigana who managed to break away from the chase pack

Onto the run, Ruedi quickly opened a gap on Luke, who held the second place for a while, until at the end of the first out of two 10k laps, Fredrik Cronebork took the second place. The trio stayed clear of Massimo who came in fourth place. The 2013 Champion Rasmus Petraeus came in fifth

Radka Vodickova led the swim by one minute and a half on a pack of three that included Belinda Granger, Kathryn Marie Haesner and Katja Rabe.  Melissa Hauschildt was another twenty seconds back and Parys Edwards five mintues behind the leaders.

On the bike by Melissa Hauschildt had the best bike split of the day by more than four minutes, half way into the bike she had 4’30” lead and from then she extender her lead to over eight mintues into transition two.

Out on the run course Melissa kept on increasing her lead. Parys Edwards managed to hold her second place and Radcka held onto third place