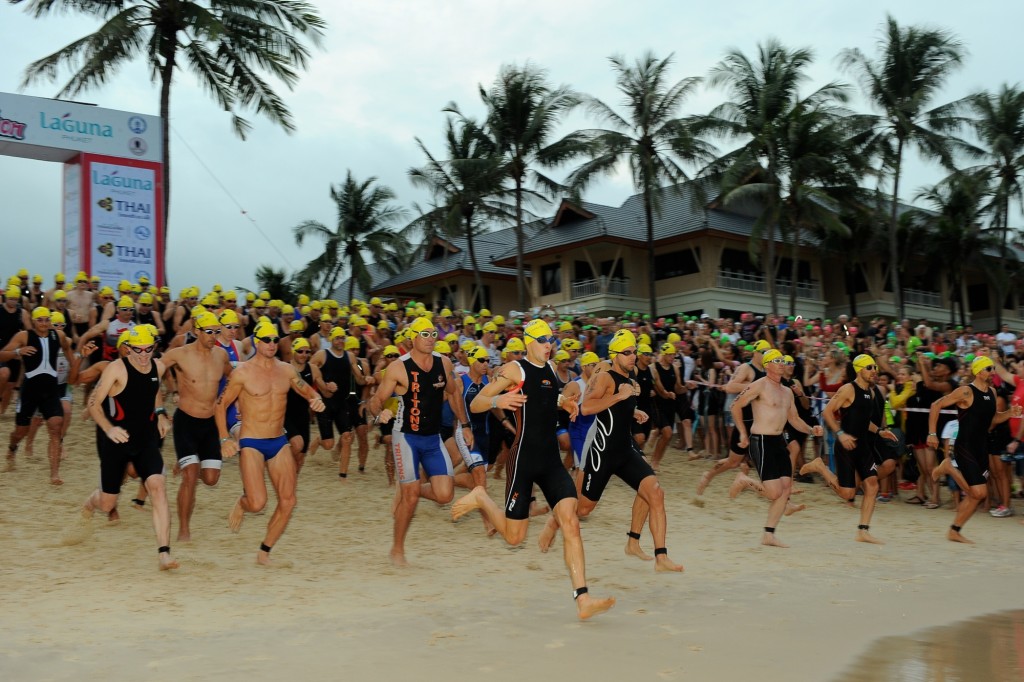 This will be the 21st edition of LPT and the race is set to start at 6.30am on Sunday, 23rd November.

AsiaTRI will be in Phuket covering the event with photos, videos, interview, race report and race day twitter, stay tuned on our twitter @asiatrilive On the women’s side, former LPT champion Belinda Granger will do her last professional race at LPT this year after several appearances, she will be challenged by 2013 age group world champion Parys Edwards (GBR) who is doing her first season as a Pro, Monica Torres from the Philippines, Carole Fuchs (FRA) and Phuket based Katja Rabe (GER), Brooke  Langereis (AUS).

Due to road constructions, the bike course has changed for the 2014 edition and won’t include Nai Yang beach. The profile of the course will be the same which includes the steep sets of hills before and after Naithon beach.  Suggested equipment includes a minimum of two water bottle cages. Athletes should consider a 24-28 tooth rear cassettes to ease the difficulty of hill climbs. Some of the road surfaces may be rough and athletes should use durable tires. The bike course will have 2 aid stations. Drafting is illegal. Our coaching partners from ironguides have written a course review, learn more about each event in the below coaching tips articles:

One week after LPT, Phuket will host another world-class event, Challenge Laguna Phuket  is part of the globally expanding Challenge Family series of events. The half iron distance event scheduled for 30 November 2014

As part of the Challenge Laguna Phuket Tri-Fest 2014, the Thanyapura Junior Challenge will be hosted by Thanyapura Phuket, at their world-class sports training centre located 15 minutes drive from Laguna Phuket. This fun filled youth triathlon provides a unique opportunity for participating children to experience the superior sporting facilities at Thanyapura including a 50m Olympic standard outdoor pool and 500m cushioned all-weather athletics track while the spectacular bike route skirts the scenic foothills of a nearby national park on quiet, safe back roads. The race will be held on Sat the 29th and kids from 6 to 18yo can take part.