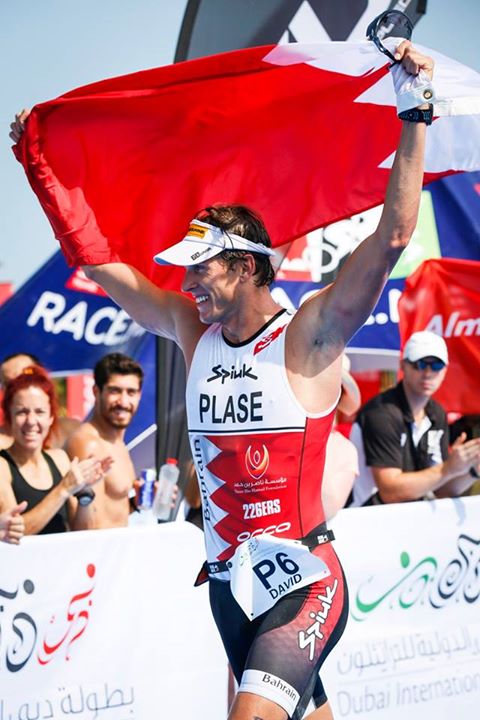 Slovenian David Plese and Irish Deirdre Casey were the winners of the inaugural Dubai International Triathlon held Friday at Atlantis, The Palm.

Plese,  started the day leading the swim in 00:25:41 and put the hammer down on the bike with the day’s best split in 02:07:00 which gave him a minute lead over Olivier Godart, second into transition two. Onto the run Plase held onto the win with a day’s best 01:24:01 to close the race in 03:58:18. German Till Schramm ran 01:24:04 to moved up to second place. Kevin Thornton closed the podium in 3rd place while Olivier Godart faded to 4th place.

The victory by Slovenia’s national champion was no great surprise and continued his breakthrough season, he was third in the Ironman Austria race in June and second in the Ironman Switzerland.

Dubai’s to host another International event in February 2015

Sheikh Nasser bin Hamad Al Khalifa, a member of the Bahraini royal family, finished in 4:43.12 as he prepared for the inaugural Challenge Bahrain next month. Dubai will also be the host city of the Challenge Dubai, a half iron distance event in February 2015. more information here

See also:  Mind Training: Switching Off And Tuning In
Don't Miss It