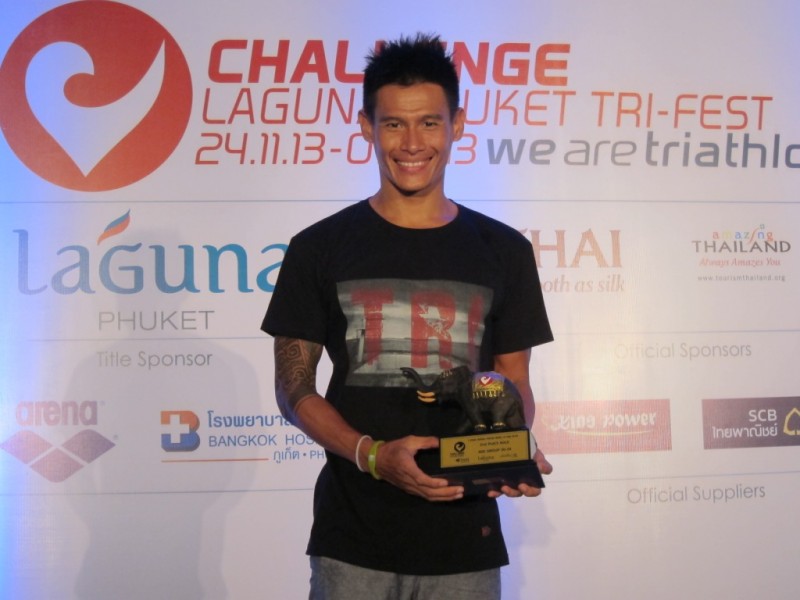 Andy Wibowo represented Indonesia in Swimming at the 2004 Summer Olympic Games (Athens). With that high performance background, he had a smooth transition to triathlon racing and is now often placing among the top overall triathletes on every race he does in the regio.  Learn more about this triathlete based in Bali. 1. Can you tell us about your background in the sport?

I used to be a competitive swimmer. I did represent Indonesia in summer Olympic Games in Athen 2004, Multi medal winner in 2001, 2003, 2007 Sea Games and Multi medal winner PON (Indonesia National Games) 1996-2012
First time i took part on triathlon i was in relay team (as a swimmer)  then on Bali International Triathlon 2012 i decided to join the individual olympic distance race (that was my first individual triathlon race) 2. Can you describe a typical training week?

I was training by my self and my training was unorganized, lucky now i have Mathieu O’Halloran as a coach. He set up my training and i making a good progress under his coaching.
I did swim 5 time a week (monday is a volume swim), then bike 3-4 time a week 1-2 x indoor , 2-3 x outdoor depending on the season + sunday is long ride), run 3 time a week (treadmill, track, brick)

3. What is your favorite race in Asia and why?
My favorite race is Metaman Bintan, swim on calm water, rolling bike course, challenging run course.I love race in my home country, that gives me extra energy.But i alway eggier to try new difference course.

See also:  Switching Off And Tuning In