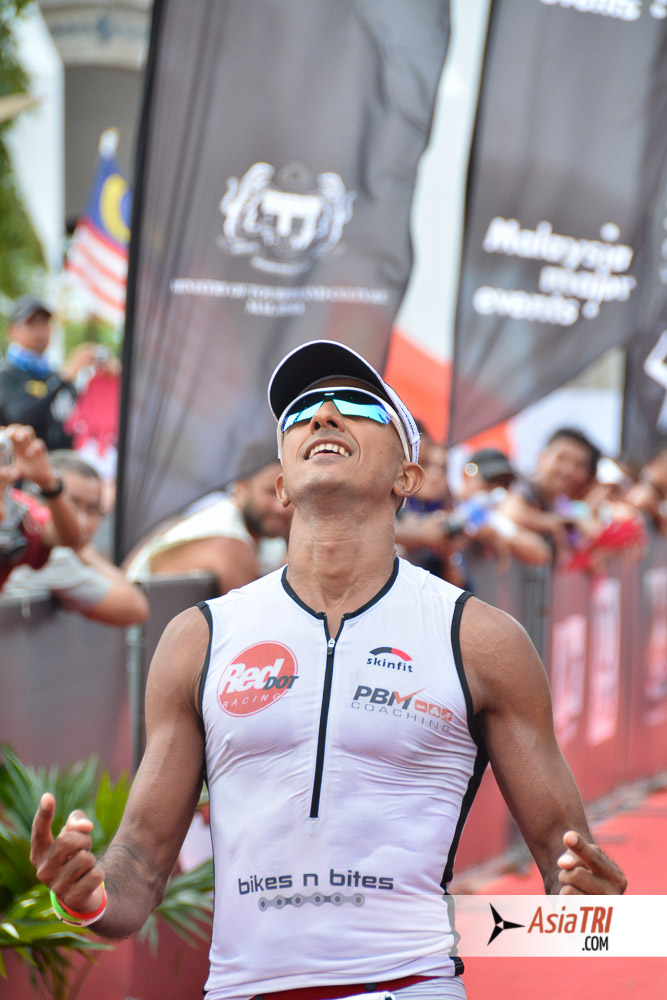 Assad Attamimi is a well-known triathlete in the Asian triathlon scene as he is one of the best age grouper in this part of the world in all formats of triathlon racing. His most recent stellar performance was at Ironman Langkawi, Assad won the M35-39 age group and came in 6th place overall.  Learn more about the story of this amazing athlete in the interview below:

AsiaTRI (AT): Can you tell us about your background in the sport?

Assad Attamimi (AA): I was an active kid growing up but I do not have sporting background and I was never really into competitive sports. I started Triathlons in late 2005, right before moving to Singapore. Like most age-groupers I had to learn each discipline from scratch – and it feels like I’m still learning! Initially I thought of triathlon as a short-lived hobby whilst I waited to move to Singapore. My girlfriend, now wife, had already moved over and I had 6 months to burn back in Sydney so I jumped into a few local races. What I did not expect was thriving triathlon community when I arrived Singapore. This is where I really learned about triathlon and I immersed myself into the sport. I raced a lot during that first year, something like 12-15 races in 12 months, all short course stuff. It was another 2 years before I took up long-course racing.

AT – Can you describe a typical training week?

AA – My week will vary depending on the time of year and race schedule. I will usually do a short-ish 6-9 week build for an Ironman but I train consistently throughout most the year, so I maintain a good base. I average around 14 hours of training a week. A typical non-Ironman training week consists of 2-3 swims (6-10km), 3-4 rides (200-300km) and 4-5 runs (30-50km), plus 1-2 hrs of functional strength and core. Most of my training is done over the weekend, otherwise it’s early mornings before work. I try to squeeze in shorter treadmill sessions and some strength work over my lunch break.

See also:  How to Step Up to Ironman Racing!

AT – You had an impressive race coming 6th overall at Ironman Langkawi. Was that your best results so far? How was your day?

AA – I had good race in very difficult conditions. Apart from some minor mechanical issues on the bike that forced me to stop twice I felt I’d had set myself nicely on the bike for a strong run. Oh, how wrong was I…

Like many, my race plan went out the window on the run. It was ridiculously hot and approaching each aid station felt like a small win in itself. I ran a very calculated race and having built a buffer I was very careful about keeping my core temperature under control. The day prior to the race I had commented to a mate, that I have never needed to stop at an aid station – I would just run through and grab whatever I could without breaking my stride. The very next day, I found myself walking EVERY aid station. Massive props to everyone that stuck it out, it was brutal.

Langkawi is certainly up there as one of my best results.

AT – What are the next goals for you?

AA – I have one more 70.3 race for the year (in Mandurah), then I will wind things down for the year. I’d like to do a few more non-WTC races that I keep putting off but now with a few of my close training buddies qualified for the world champs in 2015, the lure of Kona is calling again. If we (in other words, my wife) decides on Kona then the goal will be to get myself into the best shape possible and race to win my age group.
AT – Which is your favorite training session on each discipline and why?

AA – Swim: I have a love/hate relationship with 40x100s – hate the start and love the finish.

Bike: My favorite session at the moment involves longer sets where I recover at my target race effort/watts, e.g. 2x ( 4x15mins continuous as 12mins @ IM watts / 3mins @ HIM watts). That’s a tough 2 hours at race effort and higher. If I’m preparing for an half ironman then I’ll adjust the 12mins to HIM watts and the 3mins at Oly distance watts – guaranteed to wipe me out for a day or two.