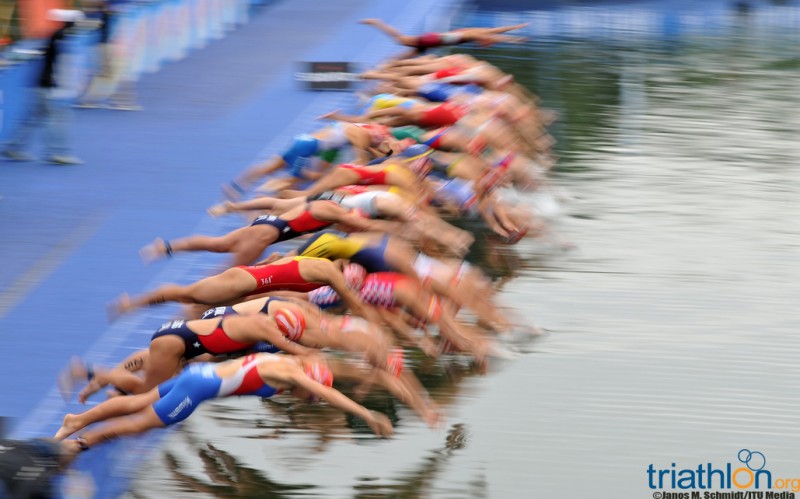 Gregory Billington from the USA and Long Hoi from Macau, were the winners of the ITU Hong Kong Triathlon held on Saturday on Lantau Island. The traditional yearly event also had an age groupers race on Sunday the 26th

Gregory Billington, the pre-race favorite as the highest ITU ranked athlete on the start list, showed his dominance from the early stages of the swim. He was led out of the water by another ITU veteran Lawrence Fanous from Jordan, and another 4 athletes. The lead pack had less than twenty seconds on the chase pack but with a fast first lap they managed to open a gap early on that grew to over two minutes by Transition two.

Onto the run, Greg set a fast pace early on and posted the fastest run split of the day in 33:34, which was enough to give him a comfortable one minute margin over second place Andrea Secchiero from Italy who out sprinted Jan Celustka from Poland. With a smaller field than the men’s, the ladies race had its field spread out in smaller packs.

In the swim, the duo of superstar swimmers Shiho Sato from Japan and Emma Jeffcoat from Australia opened a gap of one minute and twenty seconds on the chase pack. The duo managed to work well together on the bike and further increased their advantage in another one minute, arriving at transition two with two and a half minutes lead on the chasing pack.

But once on the run, Emma and Shiho weren’t able to stop Long hoi from Macau, that with a 38:27 had the best run of the day by more than two minutes and managed to bridge the gap to the leaders. Shiho Sato held onto second place, while Emma dropped to fifth place. Chia-Chia Chang from Taipei posted the second fastest run of the day but wasn’t enough to catch Sato, and finished in third place.

The next challenge for the Elite Triathletes of Asia is the Asian Beach Games in Phuket, Thailand on the 22-23rd of November.