European Champions crowned at the first edition of Challenge Paguera-Mallorca 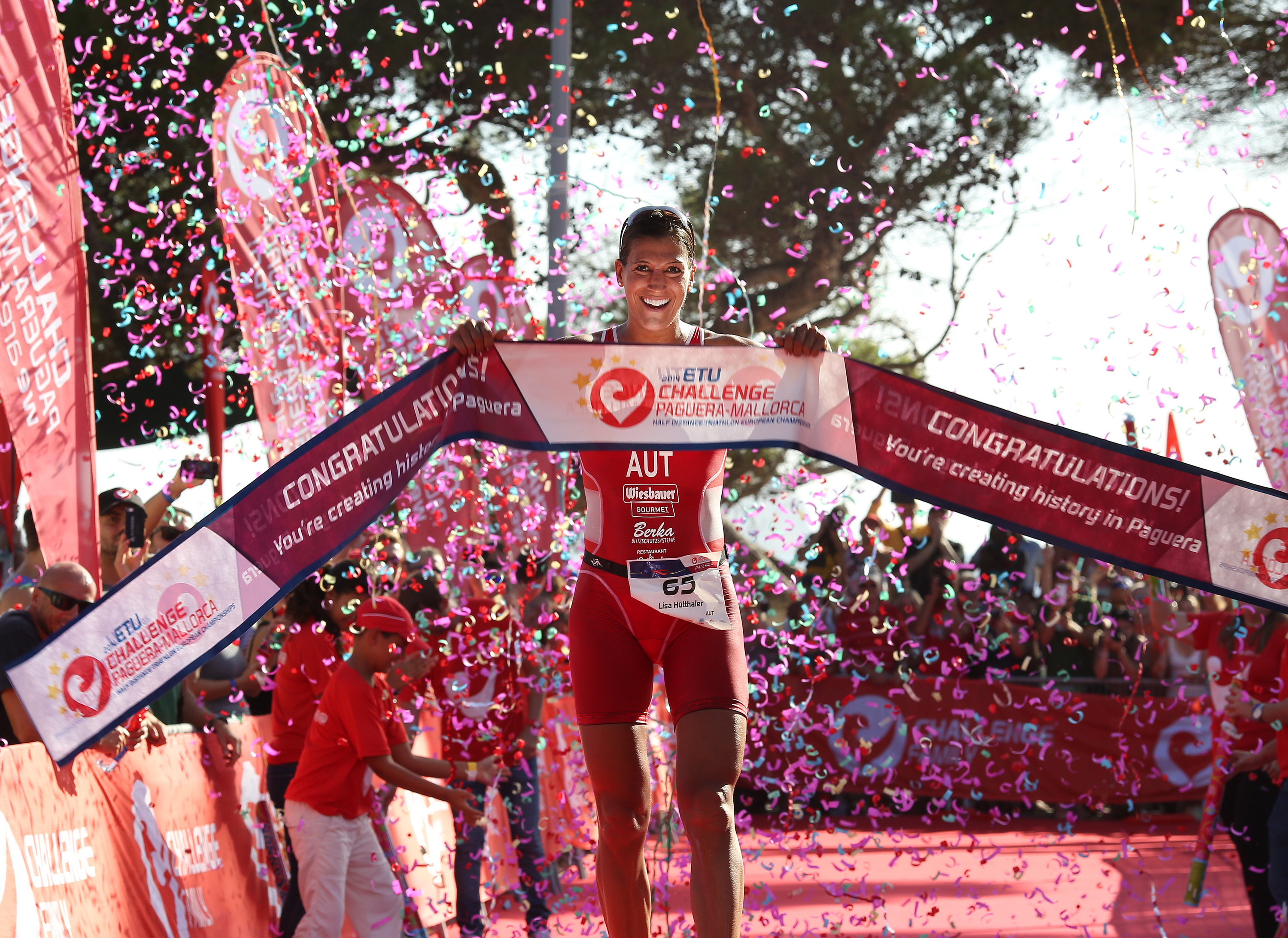 This weekend Paguera welcomed the first edition of the Challenge Paguera-Mallorca, an spectacular event with victories from Giulio Molinari (ITA) and Lisa Hütthaler (AUT), earning both of them the title of ETU European Champion.

Over 1,100 triathletes took part in all the different categories. Elite, Paratriathlon, Age Groups and Open races all gathered an impressive start line in an event that took place in an unforgettable setting with the swim starting at Tora Beach and finishing at neighbouring Romana Beach.

The 90km technical bike course brought together all the essential elements that make this a remarkable location for a race: coast, mountains, outstanding natural landscapes at the foot of the Serra de Tramuntana (Heritage of UNESCO), cycling through traditional villages as Es Capdellà and some of the best known European resorts as the likes of Palmanova, Magaluf, El Toro and Santa Ponsa.

Italy’s Molinari came out of the water neck and neck with Francisco Fernandez-Cortes (ESP) before taking an early lead on the bike which he maintained throughout the run to take the win in 4:07:38 over four minutes clear of Bruno Pais (POR). Gustavo Rodriguez Iglesias rounded out the men’s podium in third in 4:14:15 after a remarkable comeback on the bike following a slow swim.

In the women’s race, Rahel Kueng (SUI) and Helle Frederiksen (DEN) where the first two out of the water in 25:19. Frederiksen was the fastest one in the transition area to head out at the front at the start of the bike.

The battle for the win took place on the run course between Frederiksen and Hütthaler with the Austrian finally managing to outshine Frederiksen and take the win in 4:25:27. Frederiksen crossed the line 1:54 later while fellow Dane Maja Stage Nielsen took third some way behind in 4:44:17.

Rest Days and Focus: learn how to read your body and think about what you’re doing