The Wind Tunnel: When is a hairdo a hairdon’t? 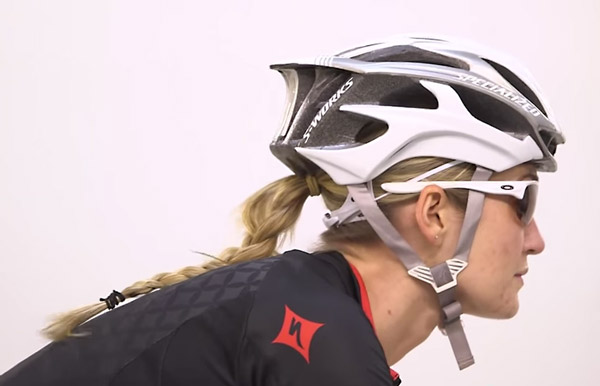 These days, women are very competitive and always looking for ways improve and go faster, but who said that appearance and performance can’t be combined?

A stylish hairdo is very often on the top of a girl’s priority list. But in this post we won’t be discussing the aesthetics of a hairdo, instead, we will be looking into the performance benefits of each hairdo style.

The appropriate hairdo can be the difference of getting distracted with some hair into your eyes during a race or being able to fully focus on your race.

Short hair is very common in triathlon. Some girls do prefer this style regardless of the training and racing benefits, while some others find it the best way to deal with the day to day training. Be it long or short, triathlon training do offer some challenges when it comes to hair care. Swimming chlorine is already known to damage your hair, while when cycling or running can also damage it due to the sun and wind.

Talking about wind, aerodynamics is a constant worry for a triathlete and the fastest way to have your hairdo on the bike is common question.

This year, Specialized and its staff went to their own wind tunnel and ran tests on what is the quickest and most aerodynamic hairdo. The tests were an effort to promote the ‘La Course’ a female only road bike race created by UCI that was staged along the last day of the Tour de France, to promote female cycling.

The fastest way is a shaved head, but most girls aren’t willing to get to that point for some added performance. They tested then another four more sensible ways for a heairdo on the bike:

The results are very similar to the first three options and create almost the same drag, the big improvements on drag comes from braids, like the photo below: With braids laid on your back, the aerodynamic improvements are significant. Specialized testes one of their female staff and the result means 14 seconds faster for every 40km. Over the course of an ironman race the improvement is 103 seconds, almost two minutes! Since braids isn’t the easiest thing to do, you may consider your favorite of the other three options as they have a similar result.