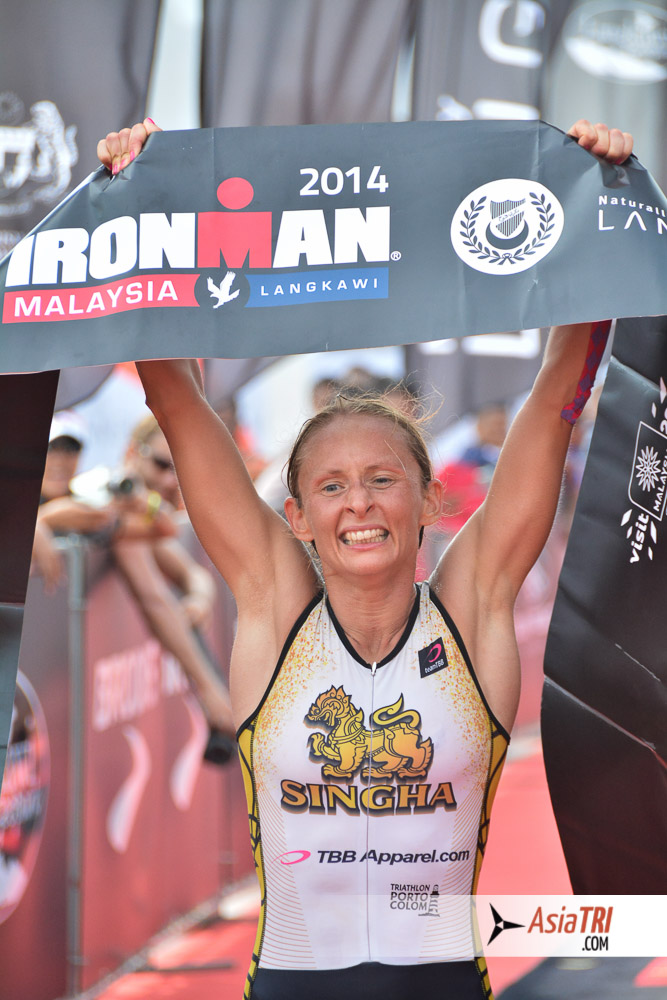 Patrik Nilsson from Sweden and Diana Reisler from Germany, won the 2014 Ironman Langkawi in Malaysia. The duo had a dominating day on the bike then holding onto their lead in the marathon.

Dylan McNiece was the first out of the water in 46:19, followed by Ben Sanson one minute behind. Nilsson was another two and a half minutes back along with Luke Bell.

Nielssen and Bell quickly cought up Sanson and the trio went on a hot chase trying to bridge the massive gap opened by Dylan McNiece. It was only on the second 90km-loop that Nilssen made his move, drop both Sanson and Bell and cought up with McNiece. They were also joined by Australian Tim Beardall. It was on the final 40km that Nielssen put the hammer down to open a gap of over 4 minutes to Beardall.

Onto the run Nielsson looked in control all day, while the biggest mover of the day was another Swedish, Fredrik Croneborg that posted the second best marathon of the day in 3h10, Nielssen ran a day’s best in 3h05. Karol Dzalaj from Slovakia was always among the front end of the field and rounded up the podium

Japonese duo Maki Nishiuchi and Keiko Tanaka, exited the water together in 56:51, three minutes ahead of Riesler. Onto the bike Riesler rode herself to the front with a race best 4h58′, the only sub 5 hour bike split for the lady’s on that day. Multiple Ironman Champion Rebecca Preston entered transition in 2nd place, 14 minutes behind Riesler, but eventually faded off to a DNF.

With the next competitor more than 25 minutes back, Riesler ran a day’s best in 3h23 which took her to the finish line in 9h25 and 5th overall! Japonese Keiko Tanaka managed to hold her second place on the run, and Australia Dimity-Lee Duke came in third

From spaceman to Ironman: astronauts compete at Kona