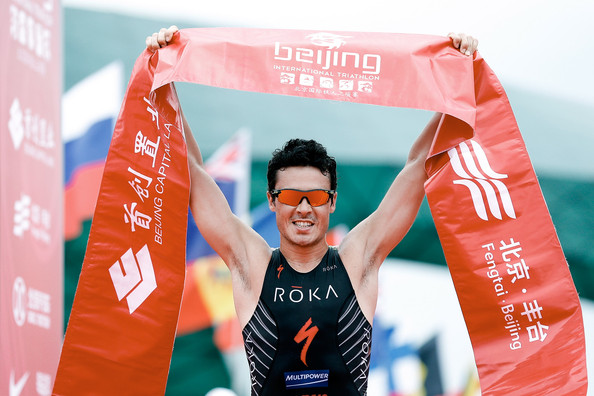 Only one week after claiming the Ironman 70.3 World Championships and two weeks after winning the ITU World Series, Spaniard Javier Gomez won the Beijing International Triathlon defending his title on the race held this last Sunday. On the female side, Ashleigh Gentle from Australia took the title home, in a race that is growing every year and had more than 1.000 participants. Not only the race is the last main event of the Chinese triathlon calendar before the winter kicks in, but it also offers direct flights from the main cities in Asia, making it a popular weekend destination race for athletes from all Asia and Oceania.

With a new location for the event, which started and finished inside the Garden Expo Park, in the eco-friendly Fengtai district of Beijing. The new Olympic-distance race featured a 1.5 km swim through Garden Expo Lake, a challenging 40 km bike race through the villages of Fengtai and up Qian Ling Mountain, the highest peak in Southwest Beijing, and a final 10 km run through the lush gardens and scenic trails of the Garden Expo Park, including a 606-step stair climb.

See also:  Lose Weight The Natural Way While You Sleep

Course Review: Himalayan Rush, a triathlon on the foothills of the Annapurna in Nepal
March 28, 2016
Posting....