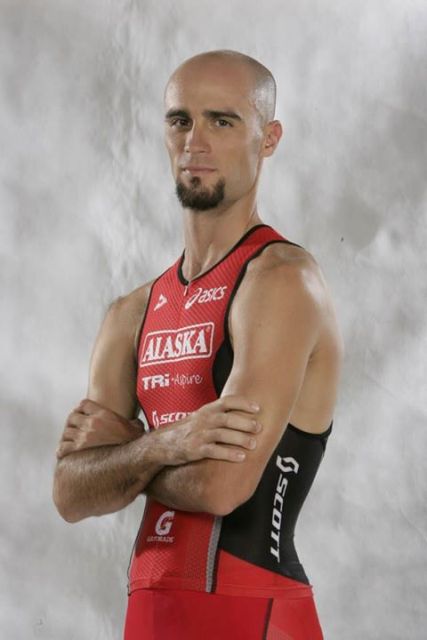 1. Can you tell us about your background as a coach and in the sport?

I started competing in triathlons at age 13 after being inspired by Simon Whitfield & Peter Reid in the fall of 2000. I eventually trained for 4 years at the Canadian Triathlon Center in Victoria British-Columbia as a resident athlete and competed at 3 ITU Junior Elite World Championships.

I turned pro at the age of 20 & was a member of TeamTBB from 2007 to 2013 under legendary coach Brett Sutton where I raced mainly in Asia with a few summers in Europe collecting some top 5 finishes in 5150, 70.3 & Ironman events.

At the end of 2013 I retired from racing to focus on coaching a squad of 6 Filipino Elite Development athletes, supported by Alaska Milk Corporation.

2.What is your coaching approach?

Individuality, progression, and specific intensity/skills. Triathlon can be an overwhelming sport, being able to “cut the meat from the fat”, long term planning & execution can overcome talent, copious training or the latest equipment.

3.What type of athletes you usually work with?

I currently work with a wide range of athletes, from first time triathlon finishers who I had to teach how to balance a bike & float in the water to a few Kona qualifiers & national champions.

More recently it has been with elite athletes that make an exclusive living from the sport via sponsors, national federations, and prize purses.

See also:  Best Images: Gallery from the 2019 Challenge The Championship 4. What was your best experience as a coach?

Knowing I’ve created a long term impact on my athletes by improving their outlook when faced with challenges; when I see them managing their health better, and being able to prioritize.

Triathlon gives many athletes the opportunity to travel, learn about themselves & draw inspiration/knowledge from world class athletes.

Working with under-privileged athletes has given me greater perspective on the non-tangible returns that sport can have not just on the athlete themselves, but on their families and small home towns tucked away in the province.

5.How do you see the triathlon scene in Asia in the present and in the future?

Having been in Asia since 2007, I have seen a gradual and progressive growth of the sport that shows no sign of slowing down!

The Asian region, has in my opinion, some of the most challenging but exotic triathlon events in the world that can be described as a ‘”destination race.” It also allows western athletes to have race options from November to March when their homeland is too cold.

I hope that the growth continues to be positive, where race organizers, coaches and sponsors keep THE SPORT in mind, and not just the end profit. I’m excited to see which new events will debut in new & interesting venues/locations!

How to handle the heat and humidity in Triathlon - part 2