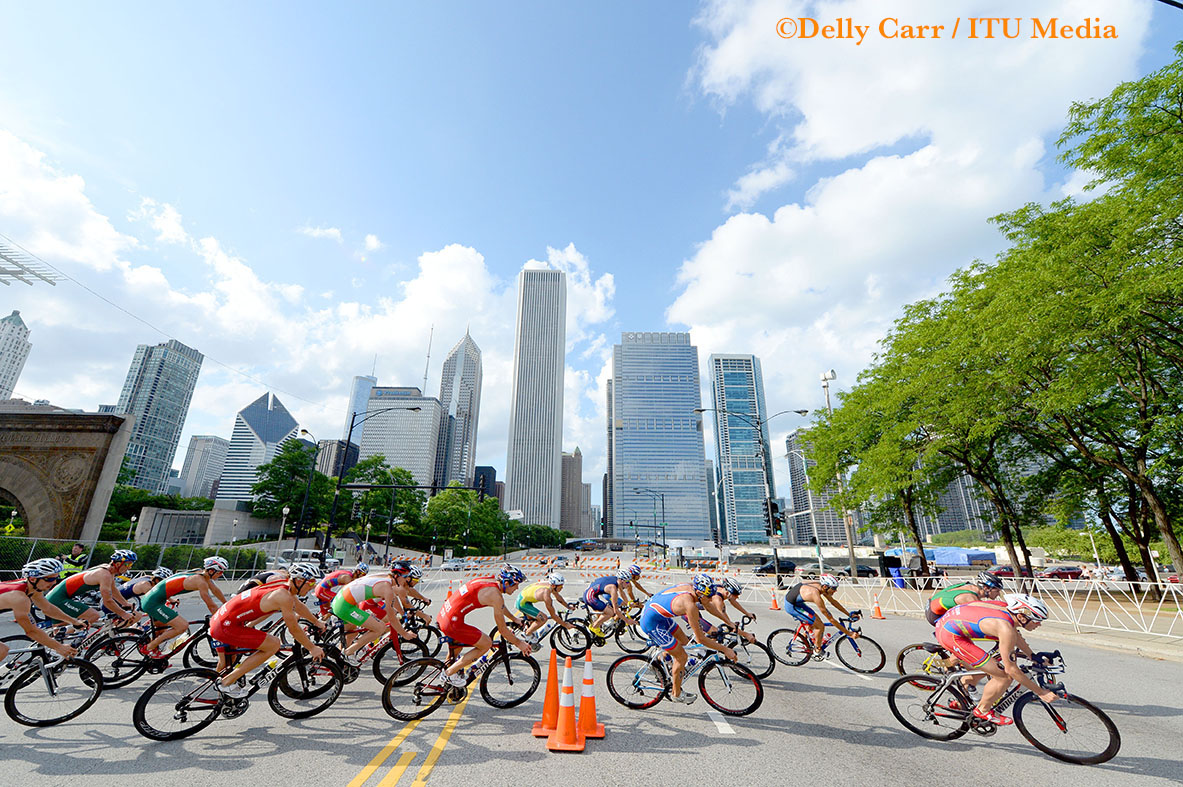 “Chicago is a national leader in building new and improved cycling facilities, and we are setting a new standard for other cities to follow,” Mayor Emanuel said. “This new ranking by Bicycling magazine demonstrates that Chicago is on the right path to becoming the best cycling city in America.”

In its October edition, Bicycling magazine cited various reasons for Chicago’s improved ranking, including Mayor Emanuel’s plan to build 100 miles of protected by lanes by 2015, the construction of the Navy Pier Flyover project, and the success of Divvy, Chicago’s bike share system.

The magazine biennially ranks the top 50 cities in America for cycling using a number of factors, including: the overall percentage of bike commuters; the rate in which cycling is growing; and the amount and quality of bicycling infrastructure.

The Chicago Department of Transportation (CDOT) is more than halfway complete with the mayor’s plan to install 100 miles of protected bike lanes by 2015, and is on track to achieve that milestone by early next year.

Sixty-five miles of protected bike lanes have been installed since Mayor Emanuel took office in May 2011. Another 49 additional miles are in the design phase and planned for installation later this year and throughout 2015.

“This honor reflects Chicago’s quick deployment of game-changing improvements like advanced bike lanes, Divvy Bike Share, and education and enforcement to prevent doorings. The result is an average of 125,000 bike trips each day in Chicago, and that number is growing rapidly,” said Ron Burke, executive director of the Active Transportation Alliance, an advocacy organization that works for better biking, walking and transit in Chicagoland. “Biking in Chicago, in all neighborhoods and at all times of year, is the new normal, which is a sure sign that Chicago is a more livable, vibrant place. We’re thrilled to have worked with the city administration and aldermen to help make these improvements.”

The Chicago Streets for Cycling Plan 2020 calls for a 645-mile network of biking facilities to be in place by 2020 to provide a bicycle accommodation within half-mile of every Chicagoan. Today, Chicago’s on-street bikeways total more than 215 miles.

A driving principle of the plan is the concept of balancing roadway space to ensure that all users – pedestrians, transit users, bicyclists and motorists – can travel along and across the street safely.

The 2014 top ten cities for cycling, as ranked by Bicycling magazine are: