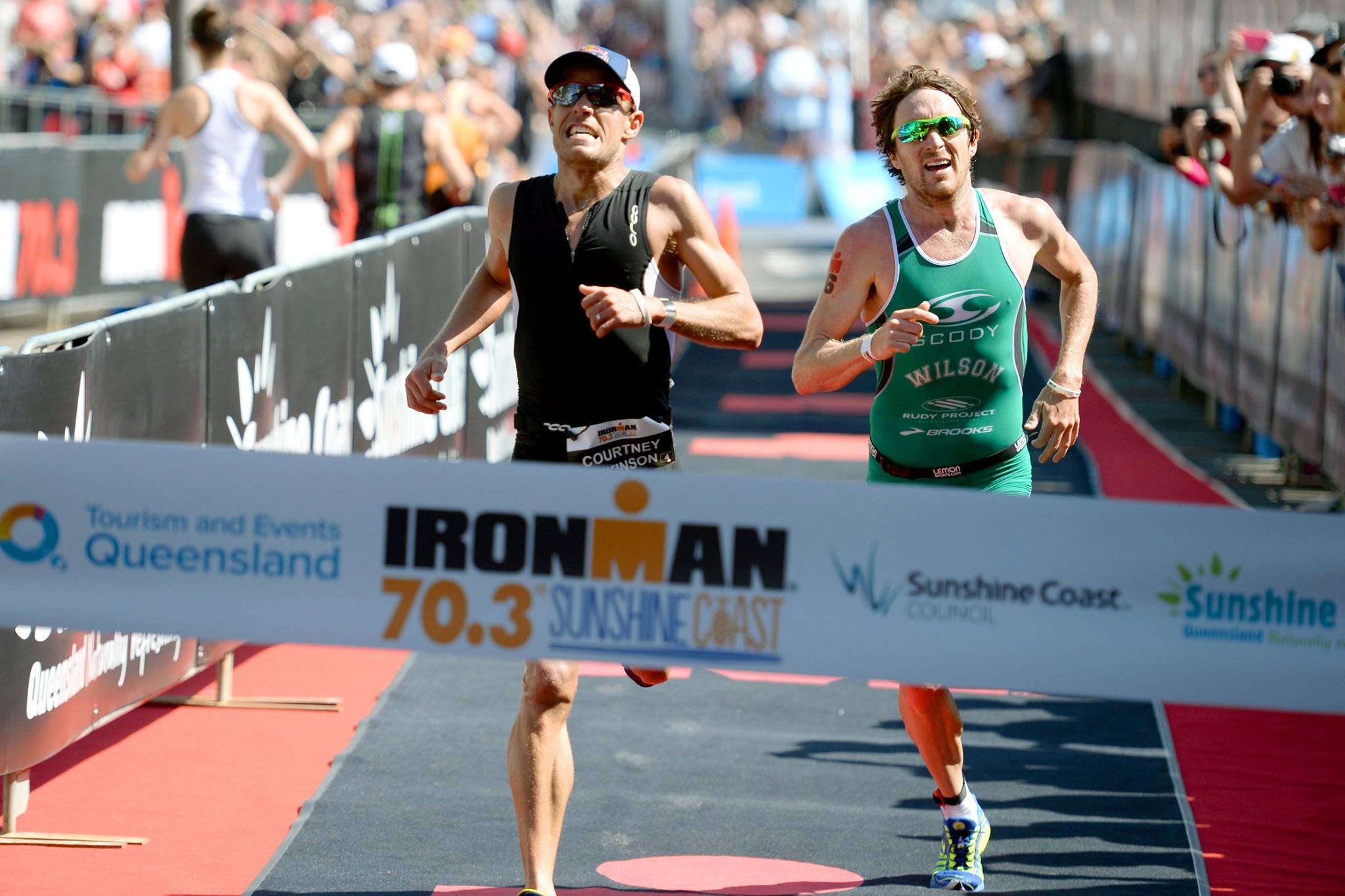 The ITU athletes continue to dominate the Ironman 70.3 races, this time it was in Mooloolaba, Australia, at the Ironman70.3 Sunshine Coast.

The race was marked by the battle between Australian Courtney Atkinson (2x Olympian) and his compatriot Dan Wilson (Commonwealth Games athlete), who was making his debut on Ironman 70.3 in the Sunshine Coast as a pro athlete. The two protagonists raced head to head until a blistering final sprint to decide who would be the winner. Last year’s champion, Peter Jacobs, got the 3rd place.

Calm ocean and some of the best swimmers in the sport made an expected fast swim, Jacobs was present to defend his title from 2013, along with many others of Australia’s top long distance athletes, Courtney Atkinson, Luke Bell, Clayton Fettel, Dan Wilson and Brad Kahlefeldt.

Atkinson, Wilson and Jacobs left the water at the same time in 23’42 “(1’14 / 100m average), followed by three other strong athletes Kahlefeldt, Bell and Casey Munro.

Over the 90km bike course, the event looked similar to an ITU race, while riding legally all these six athletes cycled almost together had similar bike splits hovering the 2h07min split, it became then a run race.

Atkinson was the first out of the second transition, closely followed by the other athletes. Only on the second lap of the race that Atkinson and Wilson managed to drop the rest of the group and started their own shoulder to shoulder battle, which lasted until the final metters, when on a final sprint, Atkinson took the win, Wilson was second and Jacobs finished with the third place.

After a sixth place at the World 70.3 in Mont Tremblant, the Czech athlete Radka Vodickova has proven once again to always be among the favorites of any race she enters, she was the first out of the water in 25’43 “(1’21” / 100m average), with a not very comfortable lead of 27 seconds over the rest of the field.

On the bike, Caroline Steffen, who was the second athlete out of the water, joined Vodickova and the two rode together until the end of the bike course. On the run, Steffen gave no chance to the opponent, nailing the best run of the day in 1h18’40 “(3’43” / km average) and ensuring a comfortable victory, with more than 4min ahead of Vodickova, who was second place. Third was New Zealander Gina Crawford.
Ironman 70.3 Sunshine Coast
Mooloolaba, Queensland, Australia – 14/09/2014
1.9km swim, 90km bike, 21km run