ITU Worlds starts with Aquathlon races on this wednesday 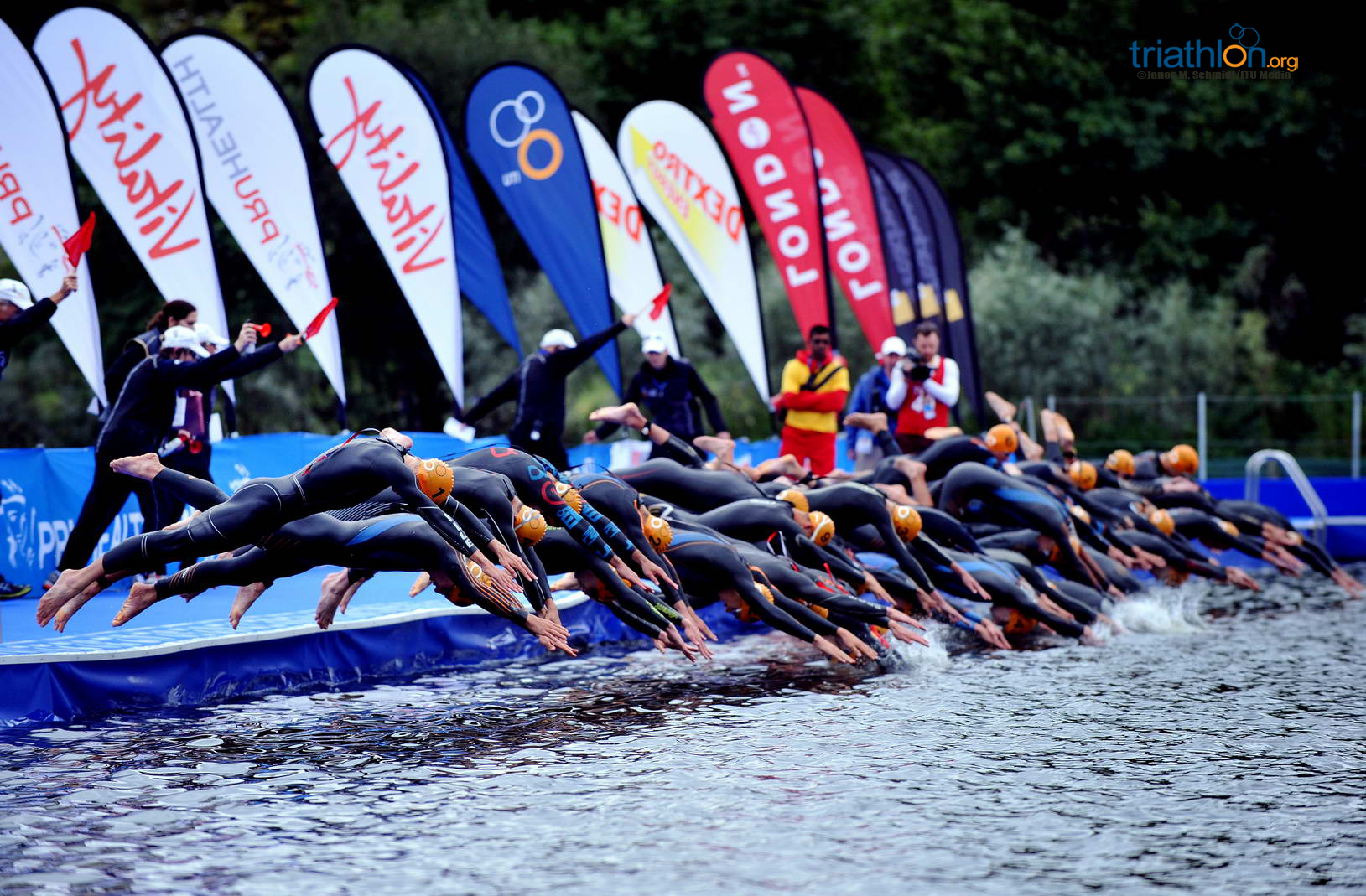 The 2014 Edmonton ITU Aquathlon World Championships will kick start the week long Edmonton Grand Final program on Wednesday. Elite, under23, juniors, paratriathletes and age group competitors from around the globe hotly contest the Aquathlon titles to be held over a 750m swim and 4.6km run. ITU Aquathlon World Championships have been held annually since 1998 and some of the world’s best athletes have claimed the title, including Kris Gemmell, Craig Alexander, and Matt Reed.

With the exclusion of three-time Aquathlon World Champion Richard Varga (SVK) from the start list, the elite men’s field is wide open. Heading into the opening world championship title event it looks like the battle lines have been drawn between Japanese teammates Yuichi Hosoda (JAP) and Ryosuke Yamamoto (JAP), with USA’s Tommy Zaferes in the mix.

Yamamoto finished fifth in the 2013 London Aquathlon Championships and will be looking to finish on the podium this year in the top spot. 2012 Olympian and national duathlon champion Yamamoto is the more credentialed on paper but this can mean little when titles are on the line.

The women’s field will see Yuliya Yelistratova (UKR), the bronze medallist in 2013, up against Daria Pletikapa (CRO), who finished fifth. Croatian national champion Pletikapa is a consistent performer sure to push Yelistratova over the sprint event.

The U23 women’s world title will be fought out between Oleksandra Stepanenko (UKR) and Ivana Kuriackova (SVK). In the men’s field Alessio Fioravanti (ITA) could see Europeans dominate the podium.

Brazil have sent full strength junior teams to contest the title and could potentially sweep the podium in this category after Great Britain claimed both gold medals in 2013. Jorgen Gundersen (NOR) and Jaimee Leader (NZL) go into the race as the highest ranked athletes in the field.

Paratriathletes across all categories TRI-1,2,3,4,5 will contest the medals and ensure we see some fast and furious racing over this course.

Age group competitors make up the majority of the field and travelled from every corner of the globe ranging in age from 16 – 84. There is no greater honour than to represent your country which is sure produce some sensational racing.

Check-out AsiaTRI during this week for exclusive images and featured stories from Edmonton.

The final answer: shaved legs do make you faster